March 6, 2015, Paris, France. The empty chair of Georges Wolinski (1934 -2015) in his studio, the last non finished drawing lays on the drawing table. The cartoonist Georges Wolinski was 80 years old when he was murdered by 2 French jihadists, he was one of the 12 victims of the massacre in the Charlie Hebdo offices on January 7, 2015 in Paris. Two month after the attack little has changed in the artist studio. Charlie Hebdo published caricatures of Mohammed, considered blasphemous by some Muslims. During his life, Georges Wolinski defended freedom, secularism and humour and was one of the major political cartoonists in France. Photo: Steven Wassenaar. 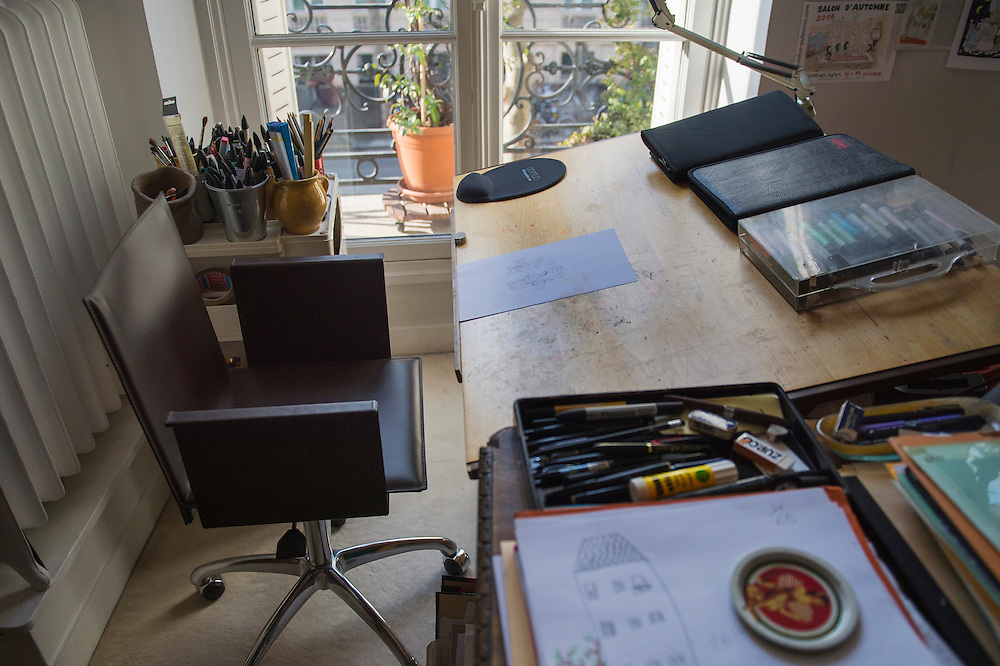